Tesla’s line of electric-powered vehicles is being eagerly watched for the release of the Model 3. Some Tesla Model 3 details have been revealed in March 2016. Could it be the release that could makes Tesla a major competitor of GM, Honda, or Toyota? The Model 3 will be a mass-produced vehicle, and one charge can take it to nearly 200 miles.

The Model 3 comes in a silver metallic color, in a four door edition. While there is room for passengers, the space may be cramped in the back. It has sleek curves and a blunt front bumper, with tinted windows. The lines and angles are sharp and dramatic, and this is a car that you will take notice of on the street. Many people have complained that the vehicle looks like it’s been chopped off at the front, but Musk says that they are working on the design aesthetic.

Distance was always an issue with the electric vehicle. Many people could use it for work, but were hesitant in going on a weekend trip involving more than a few miles. But now with the success of the Model 3, we could see more manufacturers willing to dedicate new tech to new batteries.

Tesla has come a long way in the past ten years. In 2006, Elon Musk had posted about his long-term vision for the company. They were still two years away from manufacturing their first electric car, the Roadster. It was his goal to provide high-end premium vehicles to customers willing to pay the price. It was his intention to consecutively sell more vehicles, thus lowering the price with each new edition. To do this would require new battery tech and better efficiency. 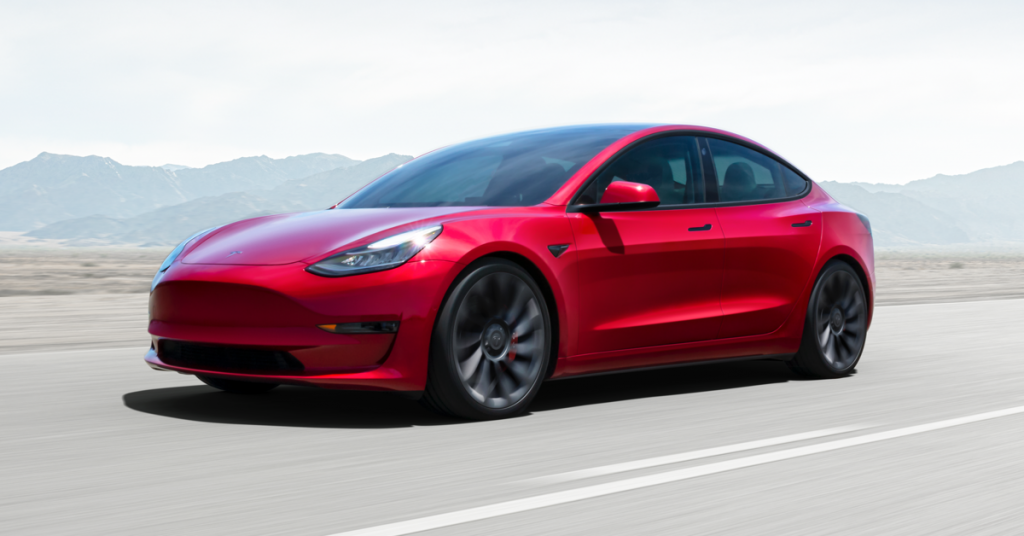 Tesla is currently only taking preorders on the Model 3, so the final vehicles released in late 2017 may have a slightly different design. This small sedan will be in direct competition to similar price points in the Audi, and BMW line.

Inside, the Model 3 has a different dashboard and console design than previous models. It utilizes minimalism. There are no instrument clusters and no climate control knobs. Apparently even the air vents are hidden. To access the controls and instruments, there is a large touchscreen. Here you can view the speed, range, and other information right on the windshield, allowing the driver to keep their eyes on the road at all times. Apparently there are still plans in the works for the interior of the cabin, and apparently the space will be better utilized and make more sense during the final unveiling. Apparently Musk has said that the final unveiling will make the driver “feel like they’re in a spaceship”.

The motor of the Tesla will be in the back. It will take six seconds to go up to sixty miles per hour. It will have a dual motor AWD configuration, but there are few other performance stats to this date. But due to the smaller size, lower center of gravity, and better torque advantage, due to electric propulsion, it’s expected that the 2017 release will have some impressive and fast action on the road.

It will cost about $750 for a 240 volt Tesla charging station, which doesn’t include installation. Each hour of charging at home will give thirty miles of range. Since the average commuter drives forty miles a day, the car should run for an entire weekend before needing to be powered up again.

Apparently Tesla has a deal with the government that if 200,000 units are sold, each purchaser gets a $3750 refund on the $35,000 cost. Either way, the Tesla Model 3 will be eagerly anticipated to fill the gap for people who turn away from gasoline-based vehicles.